Prof Brian Boyle held a number of leadership positions in Australian Astronomy over the past quarter of a century.  He was director of Australia’s two largest astronomical observatories; the optical Anglo-Austrlaian Telescope and the radio Australia Telescope National Facility.

He has been involved in a number of large astronomy projects; including leading the largest quasar survey ever conducted and was a member of the Supernova Cosmology project team that discovered the acceleration of the Universe.  Now retired, he has moved to Otago to pursue his passion for astronomy, through photography under our wonderful dark skies. 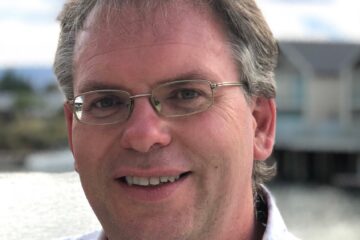 We are very proud to announce Stephen Voss will be joining our Judging Panel for the 2022 Astrophotography Competition and taking part in Winterstellar Exhibition 2022. Stephen is a medical doctor and astrophotographer who shares Read more…

Dark Side of the Universe

You are invited to join us for a unique science presentation and see six new stunning deep space images in the Winterstellar 2021 Exhibition. This event has been postponed because of the Level 4 Lockdown. Read more…

Izumi was born and bred in Tokyo, Japan, and worked as publishing editor, radio producer, and TV researcher until she fell in love with Kakapo and moved to New Zealand. She has been involved in Read more…